HERE IS HOW THE BEST 18 PLAYERS IN CHAMPIONS LEAGUE BRAKE

Cristiano Ronaldo, Lionel Messi, Robert Lewandowski and Gianluigi Buffon are legendary champions who are making soccer history. No one can stop them on the field, at least not without playing dirty. In their free time, they would also be unstoppable, considering the supercars they drive. Luckily for them, they are equipped with Brembo!

Starting right from the list of the best 18 drawn up by UEFA, we tried to figure out which cars (and brakes) the best soccer players drive. As we looked at it, we noticed straight away that many of the 18 selected drive cars that come standard with Brembo braking systems, beginning with top scorer Cristiano Ronaldo.

Actually, there have always been various supercars in the Portuguese player's garage fitted with Brembo brakes: from the two Ferraris purchased in 2008, the 599 GTB Fiorano and the F430, both fitted, in keeping with the Maranello-based manufacturer's tradition, entirely with Brembo braking system, all the way to the Lamborghini Aventador LP 700-4 purchased in 2012, also with Brembo calipers.
Naturally, Cristiano Ronaldo is not the only one who has these systems, because as we looked through the respective garages of the 18 elect on UEFA's team of the year, we noticed that at least 14 players on this list rely on Brembo.

Lionel Messi, the only representative from Barcelona in these rankings has fun with a Ferrari 430 Spider, a Maserati Granturismo S and an Audi R8 Spyder, all with Brembo brakes. As you will notice, these are cars with incredible accelerating power, just like the Argentine usually demonstrates on the field to shake his adversaries.

Twenty-three of these world titles were won by Ferrari who, having appreciated the qualities of these systems on the track, has used Brembo calipers and discs for more than 3 decades on their entire factory range. And Ferrari is the brand that is the most popular with the top 18, without any sort of distinction between the various positions they play. In fact, defenders with excellent feet (Leonardo Bonucci), quantity and quality midfielders (Toni Kroos and Isco ) and even forwards (Robert Lewandowki, as well as the aforementioned Messi and Ronaldo) rely on Brembo carbon ceramic systems.
​But here is the list of the top 18 and their respective vehicles. For each player, we selected only one vehicle. 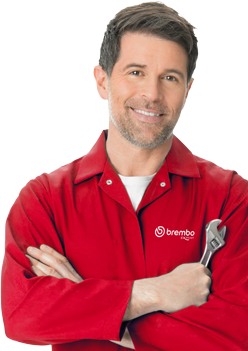 Subscribe to the newsletter
Receive updates on new products, support content and all the news in the Brembo world.
Subscribe now!
This site uses cookies, even from a third party, to send you ads according to your preferences. If you would like to find out more or withhold your consent for some or all cookies Click here. By clicking the “Accept” button or by closing this banner, you consent to the use of cookies.
I agree
Close